Much Ado About Grits

Growing up in the western North Carolina mountains of Asheville, I assumed grits were a common breakfast food for everyone. I’m not sure when the realization hit me that grits were mostly a regional staple. Now, of course, I know that grits are much more than a simple southern dish. Grits are an emblem of one’s southernness. They are an enigma to our northern neighbors. They are polenta to those across the pond. They are the porridge of storybook fame. They are a punchline in the movies. They are hated as much as they are loved. My education on grits has only continued since we began running Sweet Biscuit Inn.

When John and I started working on menu items for the inn, we put grits near the top of the list. We wanted to serve regional foods, and we both love grits. Our only problem was that we never really made grits for ourselves. They were more of a restaurant brunch item we ordered and savored on weekends. So, we set off in search of recipes to test.

Since imitation is the highest form of flattery, we decided to see what the other innkeepers were cooking up. Our first stop was Malaprop’s Book Store in downtown Asheville, NC. We knew the cool independent bookstore would carry the Asheville Bed & Breakfast Association cookbook Morning in the Mountains. While we were at the bookstore, John happened upon another regionally relevant cookbook, Deep Run Roots, by Vivian Howard. Chef Howard is such a great story teller that John found himself engrossed in her treatise on the demise of grits in the south with the advent of instant grits. 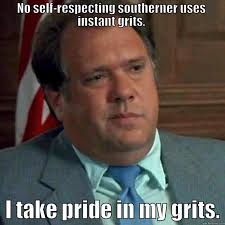 That’s when John began developing his method and recipe for the grits we serve at  Sweet Biscuit Inn. We were confident that even the most picky of the “What’s a grit?” crowd would succumb to the southern delight like Sam’s friend in Dr. Seuss’s Green Eggs & Ham. 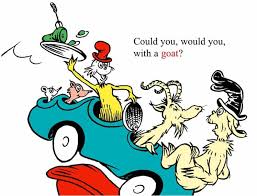 We started alternating between grits and potatoes as a side on our main course plates, only to find that 1 out of 4 bowls of carefully-crafted, slow-cooked, perfectly-seasoned, stone ground grits was coming back completely untouched. Another 1 out of 4 came back with one polite bite missing. We conducted a very scientific (wink, wink) poll on Instagram asking people to choose between grits and breakfast potatoes. Not surprisingly, potatoes won. John decided the grits just needed to be served with more enthusiasm to get people over their bias against the grittiness of the grits. He’s on a one-man mission to convert potato lovers to grits lovers. His elaborate, dramatic, fanfare delivery often goes something like this:  “These are our slow, slow simmered, creamy rich and delicious, black pepper and parmesan grits, cooked with love for hours last night and this morning!”

The best part is the fun we have interacting with our guests, and that is what being an innkeeper is all about. If you have a recipe for grits that you think can convert the biggest grits-haters of the world, please send it to us. In the meantime, here’s John’s recipe. Don’t forget to add the love! 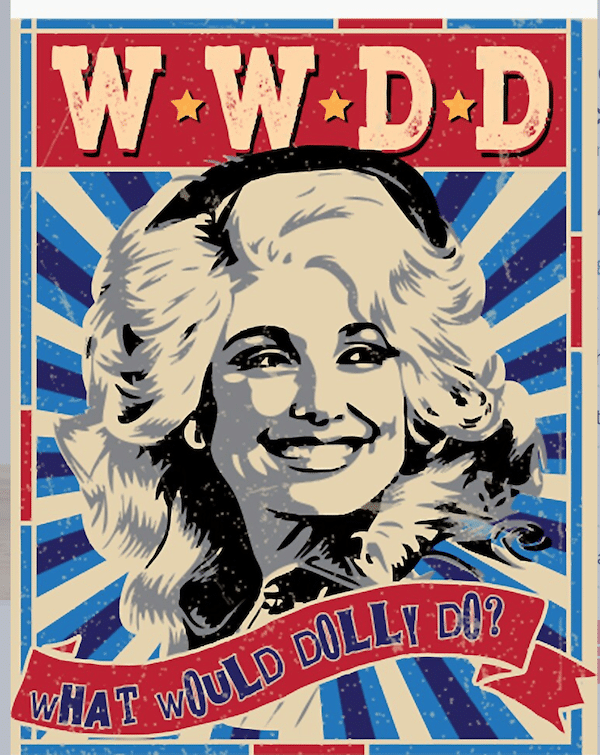 If Dolly loves them, they can’t be bad!

I’ll bring my grits when I travel, because I get so hungry on the road.